Earlier today Chris Hecker confirmed that there are plans to release a new map by PAX Prime, in addition to the six new characters detailed in April. The two pieces of news are linked, because the new map is going to be a high resolution version of Ballroom, which has more party goers than there are (current) new art character models.

…as opposed to the ballroom concept art released in October of 2013: 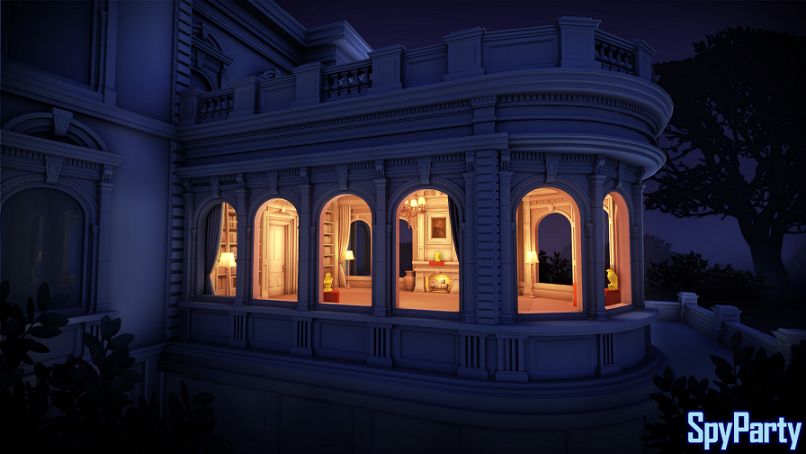 SpyParty players have often expressed a desire for direct translations of old maps, as well as for more populous new art maps to allow for more high level competitive play within the new style. This exact topic was discussed at length on Drawnonward’s Talk Show in late March (relevant discussion starting at 3:05).

UPDATE: the new map will be a fresh recreation of the existing Ballroom map, and not a playable version of the early concept art.