Game Finder 1.0 allowed you to search for any player, in any role, with any outcome, within a specific division and on a specific venue, for the previous two regular seasons. Version 2.0 is a massive leap forward in both available information and options. 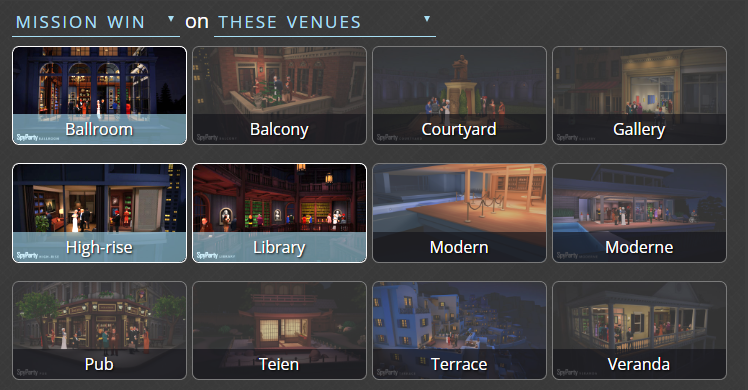 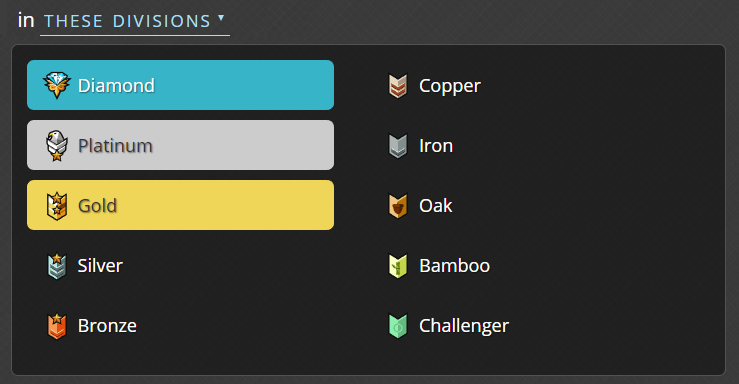 We’ve added regular season matches for SCL seasons 1 and 2, as well as postseason games (Championship, Hazard, and Promotion matches) for all four years. The only matches not included are Challenger Tournament matches. The database now contains 8,446 games spread out over 1,268 matches. You can browse through all of them chronologically, week-by-week, via the new SCL Historical Schedule.

We’ve also added the duration of each game, so you can specify whether you want your results to last at least, less than, or exactly a specific amount of time.

This is the big one: every replay in the database now lists which missions were completed. So now you can specifically look for mission wins with only soft tells completed, or games where a bug happened in the first 30 seconds and the spy was shot, or a hundred other things. It also means you can search based on whether or not the game reached a mission win countdown (or not), regardless of the game’s outcome. For example: games where a spy is shot during the mission win countdown on Moderne.

You can expect more improvements to the Game Finder as time goes on. We’re going to attempt to update it in-season throughout SCL Season 5, and hope to add the ability to search by game mode and guest count, as well, though guest count only became available midway through season 4.

We’ll also look into adding other competitive events, like the Summer Cup, along with options to limit search results to specific events, or specific types of events.