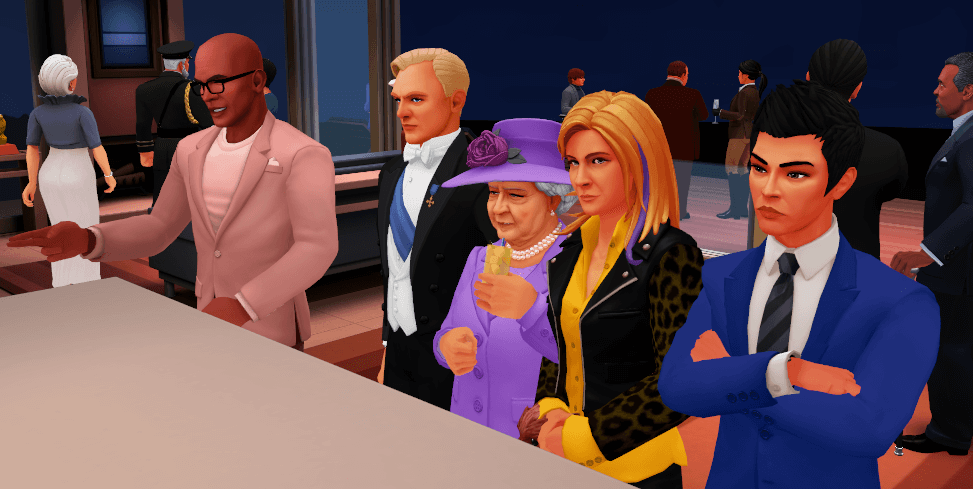 Six years ago to the day, Drawnonward posted an entry here titled Depth First, Accessibility Never? where he talked about the game’s depth, how it can intimidate new players, and what we can all do to help mitigate that. The biggest gains to be had, of course, are still on the game development side of things, but now’s a good time to take stock of what we have (and haven’t) done on the community side:

More Casters
I’ve said recently that the most important resource to getting people interested in the game is our casters, as they are our first line of contact with many new players. If they do a good job (read: showing people the game is deeper than some weird 3D Guess Who? variant), our chances of creating a new player go way up. I think we need more casters, to diversify, and to help prepare for a potential surge of interest in the game.

We need more people casting, because Toboshi and WarningTrack can’t do it all on their own. Having competition, even just when it’s friendly, spurs people to improve, not to mention develop and discover new casting technology, and sharing that to make all casts better. It will also give viewers a choice on who to watch so they can develop favorites, and even watch as different casting styles evolve over time.

This is probably the greatest success story on the list. Six years ago, Toboshi was the only regular caster, and he had a rotating group of friends join him, casting about once a week. I was fortunate enough to become a regular, and we cast for dozens of hours together back when essentially nobody else was doing it. Part of that was the absurd barrier to entry: early on, we had no replays and no spectation, so the only way to cast was to find VODs of people streaming and simply cast those, from their perspective. A cast of a cast was, as you can imagine, pretty rough to watch, particularly in terms of image quality.

It got better, though: the replay system and spectation were entirely necessary technical improvements, but even with those it took a tremendous amount of effort to create a casting community within the game community. The biggest leap forward came in SCL4, aided by the game’s launch on Steam and the influx of competitive players that followed. This is the “potential surge of interest” Drawn was talking about, and the community absolutely rose to the occasion, producing over 100 hours of competitive casts that season. New player kaplOw generously created and donated streaming and graphical assets, hosts like Cleetose iterated on tech, and casters began to shape customs and guidelines. Gradually, we created an informal progression system to allow new people to practice in a low-risk environment.

The barriers to entry have never been lower and, by my count, over 50 different players have either casted or hosted on the game’s official channel and have their VODs prominently displayed on this site. The community gets a huge, unqualified check mark on this goal.

Player Profiles and Histories
Giving people a reason to care about the contestants in a tournament is a huge deal. Sports networks love to follow along as people go through dramatic comeback stories, or generally enjoy making their players seem human so we can relate to them. I believe that a similar lesson is to be had here, in the humanizing our players can give the average viewer a reason to care past the basic gameplay they might learn from tournament games. It can make rivalries come alive, and help people understand why it’s so shocking that Virifaux and KrazyCaley might both agree on some sniping principle.

Two for two. There are profiles on this site which have been heavily populated with player histories: win rates, statistical breakdowns, VODs, and draft habits. Emphasis on history and rivalries, and articulation of sniping and spying styles, are regularly discussed during casts. One area we’re still a little lacking is in personalizing each player beyond their numbers and competitive history, but that’s coming along, as well.

Player Interviews
On the same train of thought as the above point, letting viewers into the head of these players is very helpful to let them know they are real people, with goals, who get excited and nervous like anyone else. This also allows for smack-talk, and discussion of strategies the player might use during the match, which can give the audience a real sense of excitement, as they will be expecting a specific play to happen. Lastly, in this format people can sense just how much this means to the players, and it gives it a level of seriousness that’s hard to find elsewhere.

Mixed result. Player interviews became much more frequent, but remain irregular. Some of this is unavoidable: people are sometimes shy, or are not native English speakers, and good interviewing as a skill is actually quite distinct from casting. Also, for better or worse most of the community is simply more interested in the games themselves. I think this is an area we could improve slightly, but shouldn’t necessarily be doing a lot more of than we already are.

Every moment wasted, every second that is silent or not important to the tournament should be used to help people grasp what is going on in the games. In a game this deep, we need all the time we can get. This can go into a lot of different areas, but my first idea was cute animated clips of how the missions work, and maybe how each role wins or loses.

Mixed here, too. A few hosts have done great work on this front, showing mission previews and doing beginner casts, but they’re still the exception to the rule. By and large broadcasts are still by, and for, very experienced players. This isn’t all bad: many new people join the community having watched competitive casts, complete with dense terminology, lingo, and shorthand, and are still enthralled. As often as this kind of thing can turn a new player off the game, it can also intrigue them. It’s also possible that conveying the game’s depth to people is the more important goal of the two, and that the barrier to entry this expertise represents also self-selects for particularly dedicated community members.

I’m not sure we can call this a failure, but it can’t be called a success. It’s an open question how accessible most casts should be, but it’s inarguable that we should be creating more beginner-friendly casts and resources.

Prizes
Viewers love seeing large prizes being offered for gaming events. Seeing a player or team’s reaction to winning a new car, or an all-expense paid trip to somewhere exotic, is exciting, and let’s the audience get excited for that player or team, and potentially proud to support them. This makes people want to see the cast through to the end, which also gives us a sense of wrapping up, a feeling of closure if you will, and a feeling there will be a next time that people shouldn’t want to miss.

Moderate improvement here: the 2019 Summer Cup, hosted by royalflu$h, had hundreds of dollars in community-donated prizes (the majority of which was good ol’ hard cash), as well as lots of smaller individual awards. Prize pools will inevitably stay modest while the community size does, though, and can only get so big when generated by the community itself. But some kind of prize, usually involving some cash, has become standard for the longer-running tournaments. In a vacuum this has a long way to go, but on a curve this has been a solid success, and probably needs structural/size changes to get much better.

Teams & Clans
This is kind of a tag-a-long on the Player Profiles and Interviews portion, in that people often pick a team or group to root for. It doesn’t always take much research, or any, but it gives them some familiarity with the community, and gives them a reason to watch these big events. I don’t know much, if anything, of real value about the CS:GO crowd, but I have a favorite team because I’ve watched a few large events, and I liked how they played or how their players acted during the tournament. The primary purpose of this part is to give any given viewer a sense of identity, something they can get excited about while they are super interested in the game, and something they can hold onto and come back if they decide to leave for a period of time.

Lots of room for improvement here. There’s been one team tournament since this, and another is actually getting underway just now. Other than that, there are monthly “crew battles,” but the teams vary in size and membership, so it doesn’t quite fulfill the spirit of this goal.

Whether or not Teams/Clans works well for a game like SpyParty remains to be seen, so it’s possible this goal is not plausible or advisable. But it’s an idea we should, as a community, explore more.